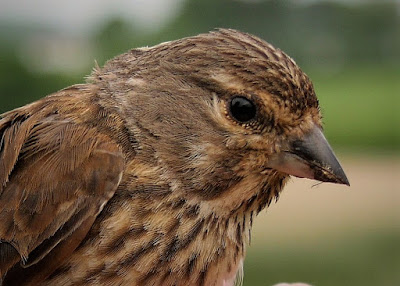 The Group three times a year hold a weekend session and the last weekend was our first with an encouraging catch. A total of of 98 birds of 22 species were catch and ringed. A wide variety of migrants and resident species. One was an adult male Moorhen shown in the photograph below.

When birds are busy nesting our catches can be limited, especially if migration falls are few on the day. Yesterday was no exception, nevertheless 21 birds were caught including several Reed and Sedge Warblers,