A quiet mist netting session on Saturday saw us catch only 18 birds.  There were some interesting birds in the catch, with the most interesting birds towards the end of the session.  A redwing, which we don’t catch often, was the last bird.  They are usually one of the early ones, but not this time. 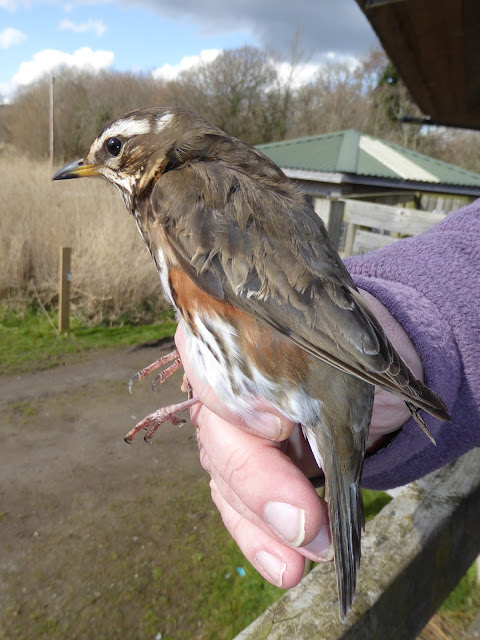 This bird had presumably lost half of its tail at one point and regrown the feathers.  Notice the more abraded pointed feathers on the right of the picture, rounder broader and fresher looking feathers on the left. 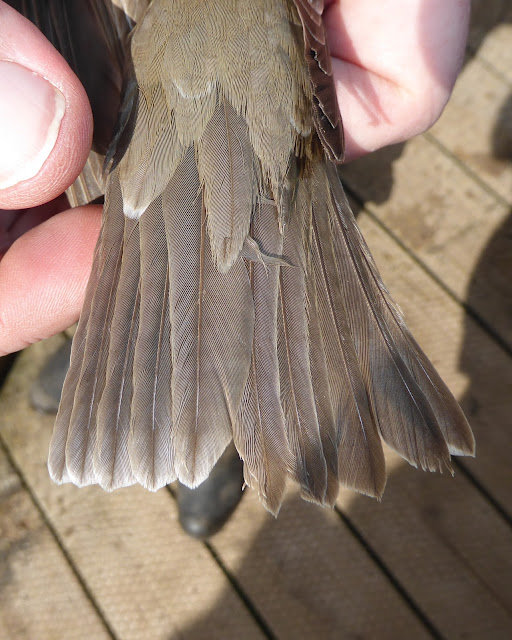 A pair of goldfinch provided an interesting comparison.  Male on the left, with more extensive red behind the eye obvious on the photo, with the female on the right. 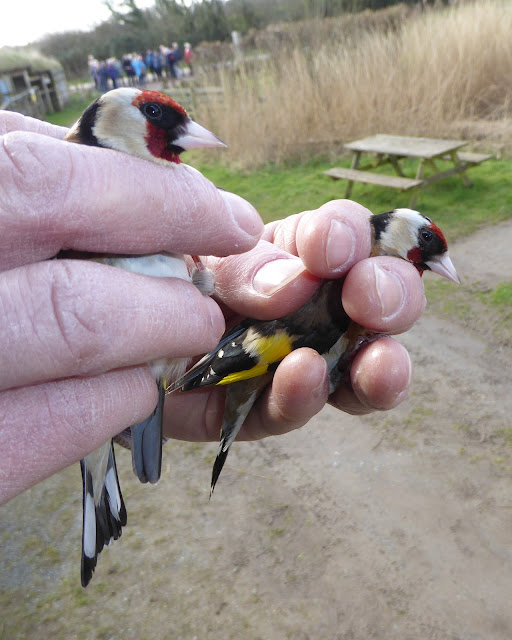 The tails of the goldfinches indicate their age. The left hand bird has more pointed tail feathers, indicating a first winter bird (this was the female) while the tail on the right has broader rounder feathers, suggesting a bird from at least 2020 if not earlier.

Other birds caught included chiffchaff and this handsome Cetti’s warbler. 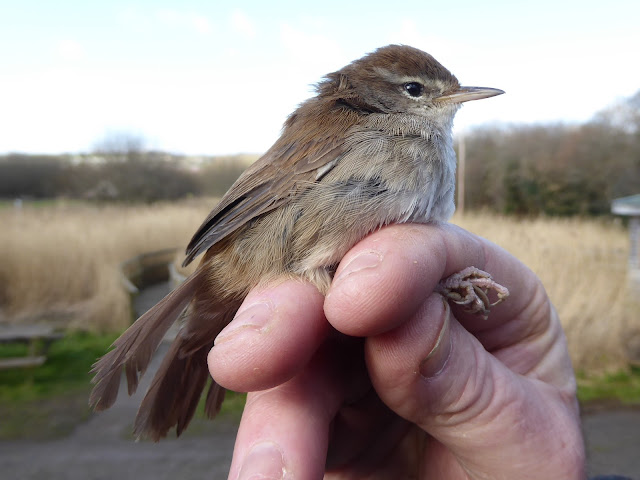 We were hampered slightly by these beasts occupying some of our net sites! 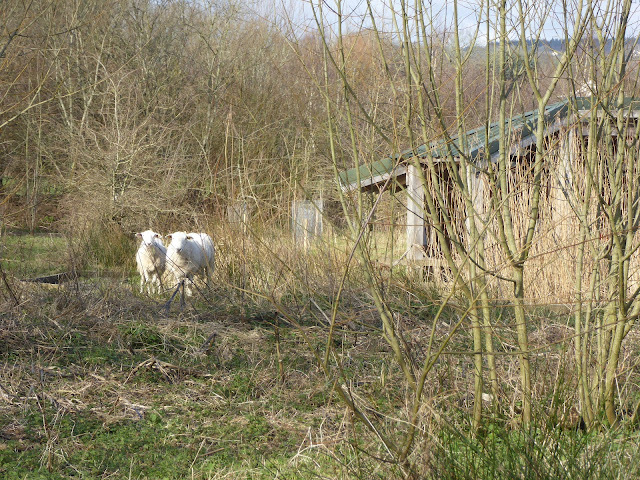 A few rams, being used to control the level of growth in the area around the dipping pond and the willow plantation prevented us using that area, but they are doing an excellent job of keeping the vegetation low so we should be able to make good use of the area once they have moved on.