The second of this winter's cannon netting sessions on the Axe saw 12 ringers gathered in the early morning of the 26th, waiting for a loud bang, followed by a mad dash across the muddy marsh to extract the catch.

Totals for this session were 28 Shelduck, 2 Canada Geese and about 10 Pheasants.

The Pheasants were all released: they can't resist the wheat used to bait the ducks. 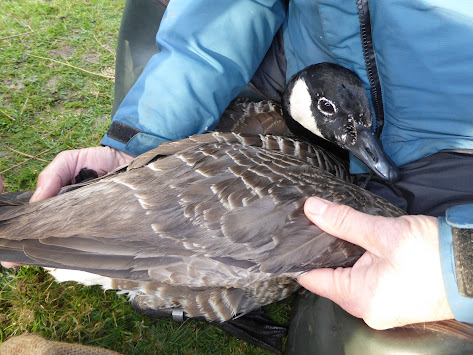 Canada Goose with its new ring 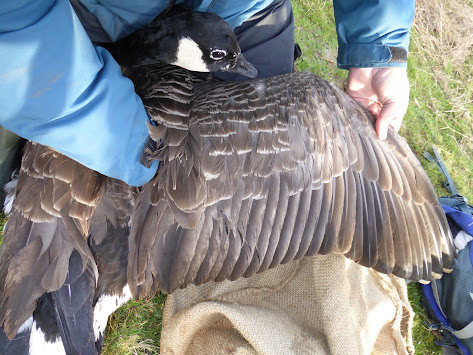 Interesting moult pattern on this Canada Goose's wing.  Both the Canadas were unusually placid.  Usually they are very bitey! 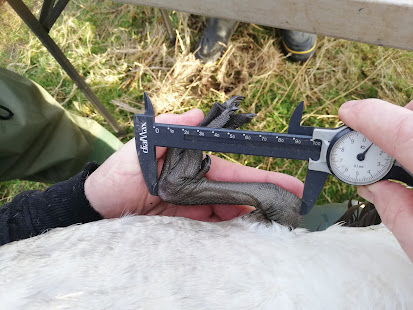 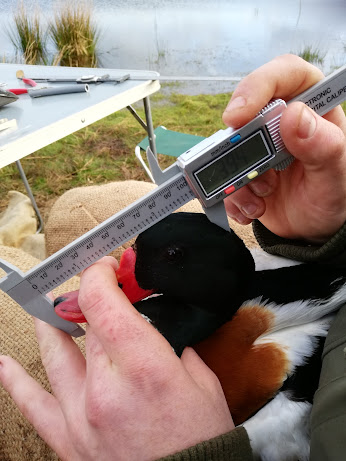 Biometrics are an important part of any ringing session.
Here a Canada Goose gets it lower leg bone (tarsus) measured, while a male Shelduck has its head and bill measurement taken 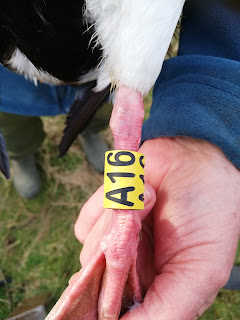 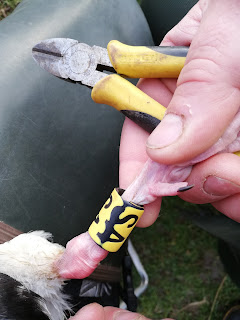 In addition to the normal metal rings, we also fit colour rings to various species, including Shelduck.  This allows the rings to be read by birdwatchers, who then send in the dates and locations of sightings.
We've been ringing Shelduck on the Axe Estuary for so long that some of their colour rings are starting to wear out, making the letters harder to read.  We always replace worn out rings with new ones.
One of the birds caught on Saturday had been ringed in March 2011.  Since then it was sighted five times over the next three years, but was not seen or caught for the next eight years until we caught it on Saturday.  Its colour ring and its metal ring were so badly worn that we had to replace them both. 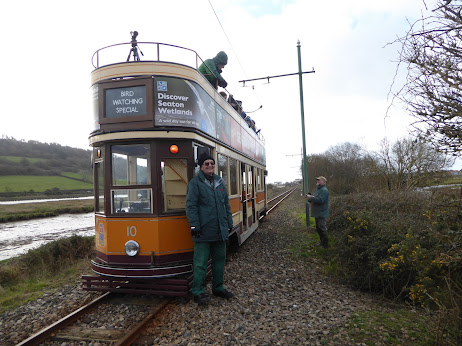 By coincidence the Seaton Tram Company had one of its Birdwatching Specials on Saturday morning.  As the tram passed close to the netting site, I was able to show them some of the birds we had caught and to explain the reasons and science behind our work.  Bet they weren't expecting to get that close to a Shelduck!