Whenever the Group wished to get 2018 ringing sessions underway it was prevented due to dreadful weather. Anyway two sessions did get underway resulting in 44 birds being caught. The last session on Monday 26th March saw a retrap male Sparrowhawk which was originally ringed on 7th November 2016 as an adult. (See photographs)

That day was also special for the Group which acted as host to a group of members of the North Somerset Birding Group. 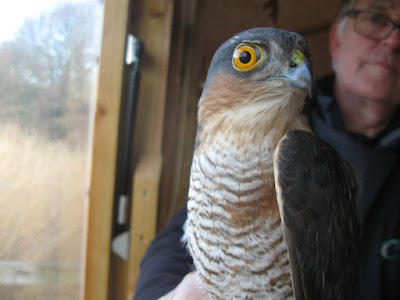 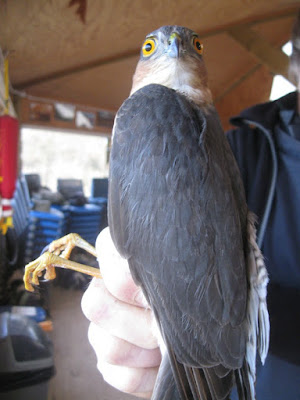