Today saw the Group's annual festive feast! The last ringing session of the year always includes the bonus of lots of food and drink! This year, due to the weather there was a lot less ringing though, with mist netting only possible during the gaps between the showers. All ringing operations centered around the Field Studies Base, and the Abberton traps on Colyford Common were also used.

The weather really did interrupt the ringing today. Just half an hour after the nets had been set, they were felled due to a rain shower. So although this was inconvenient for the ringing - it didn't matter as much as usual because there was plenty of food to eat!!

A game was even set up in the classroom by Adrian Bayley. Identify the species by its eye...

Doug having a closer look - Stafford Marsh Dec '11 (c) Adrian Bayley
And the winners were... 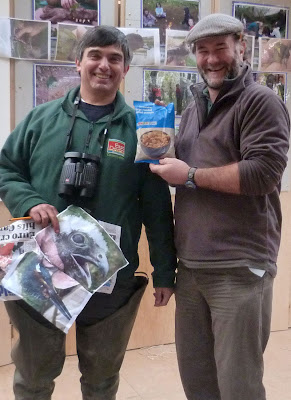 Doug and Fraser with the prize, some nuts! - Stafford Marsh Dec '11 (c) Adrian Bayley
Back to the ringing, and only 13 birds of 6 species were processed; 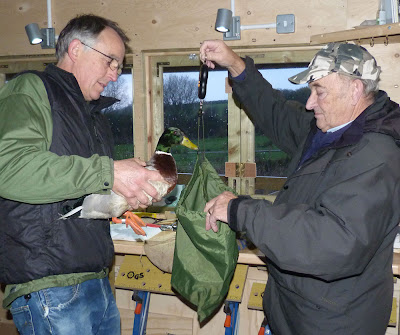 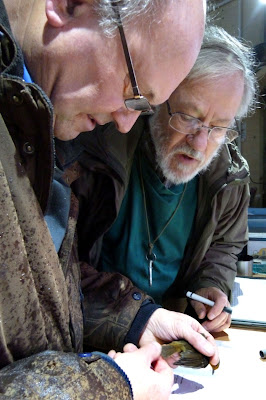